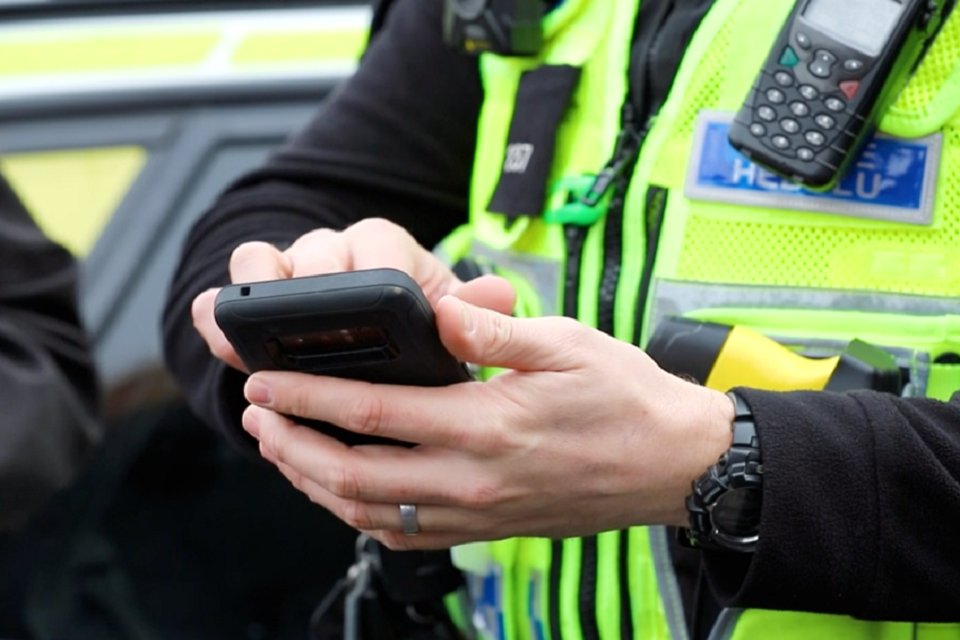 DVLA has been working with the police and Home Office on a service which allows police officers to confirm a driver’s identity at the roadside for motoring offences.

As the service designer, I started out by looking at what requirements were needed, which involved working closely with the Home Office.

Knowing that officers can spend up to 16 minutes confirming a person’s identity at the roadside, we wanted to come up with a service that could save time for everyone involved.

As well as saving time, we wanted to help reduce the amount of unnecessary arrests that are made at the roadside. Giving officers the ability to confirm a driver’s identity on the spot means innocent drivers are no longer arrested and taken to the station for identity checks.

The service we developed, known as the ‘Photo at the Roadside Service’, has been running since August 2019. We are now looking to roll it out to the majority of police forces across the country. It saves time by allowing police officers to access the photograph held on DVLA’s driver database through their mobile devices, meaning they can confirm the correct identity of a driver almost instantly.

Rob Jones, who was the Technical Delivery Project Manager for the service, said:

Representatives from both Surrey and Sussex police, who piloted the technology, and the Home Office came to DVLA in June 2019. It was fantastic to see how our enquiry solution was actually used and put into practice, and we received some great feedback from the session.

When police officers stop someone at the roadside for a motoring offence, they will start by searching the Police National Computer (PNC) to find their driving licence number. The driver number is a unique identifier which helps guarantee that the correct image is accessed from DVLA’s records.

I should point out that the use of DVLA data in this context is strictly confined to roads policing for motoring offences and is not used for any other reason.

We have recently rolled out the service to 18 police forces. So far, over 86,000 driving licence images have been accessed by police support to confirm the identity of motorists at the roadside.

We’ve seen a number of positive results but there is one we’re really proud about. As of June 2021, roadside checks are now up to 66% quicker as a result of the new service, meaning motorists are getting back on the road quicker.

For Road Police Unit Officers and Local Policing Officers, over 14,000 hours have been saved, meaning they have got more time for patrolling, supporting investigations and community work.

The technology has been rolled out to 18 police forces. We have a rollout plan from the Home Office, with a view to providing access to 46 police forces across the UK. In the next few weeks alone we have 10 more forces joining up, and 18 further forces joining later this year.